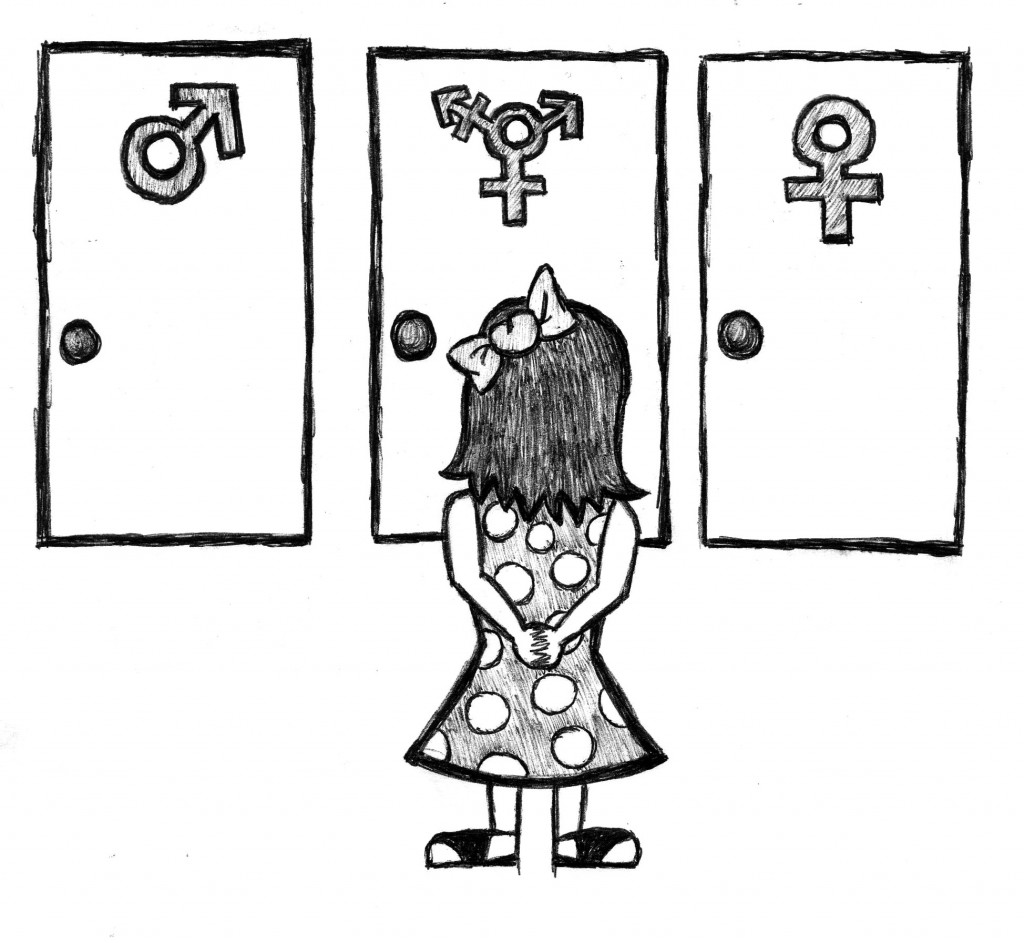 This article is co-authored with our associate pastor John Henderson, PhD.

According to a recent New York Times article, the Department of Justice is planning to issue the following statement to public schools across the United States:

“A school may not require transgender students to use facilities inconsistent with their gender identity or to use individual-user facilities when other students are not required to do so.”[1]

According to this thinking, chromosomes and biology should not determine the sex, gender, and bathroom assignment of a person. Rather, each person is to lean upon his or her own understanding to make the determination.

Another New York Times article reports that gender binary thinking, which assumes there are only two distinct genders, male and female, is becoming a thing of the past.[2] People can now decide to be whatever they sense they really are. Apparently, when it comes to gender and gender identity, biological determinism is being shown the door.

This should raise questions for all us. For many years now we have been told that biology actually determines a ton of stuff. Alcohol abuse, according to various scientists, has “key biological causes.”[3] Scores of scientific studies claim that Bipolar disorder, Major Depression, and other experiences we call mental illness are in some way caused by our genetic and biochemical makeup.

Am I the only one who finds this confusing? If gender and gender identity is no longer biologically determined, but a matter of choice, then we have some questions to answer.

Are we now saying we choose to be heterosexual or homosexual? Previously we accepted a direct link between genes, biological, anatomy, and gender, but now we’re saying that link does not matter when it comes to gender. Perhaps this is fine, but for the sake of consistency, do we plan to say the same about sexual identity, which has no direct genetic or biological link anyway? Are we saying that just as we choose gender preferences, we choose sexual preferences?

No reasonable person doubts that biology plays a role in alcohol and drug abuse. Biochemistry is involved. But the social sciences have taken this concept much farther. Alcohol and drug abuse, as taught in hundreds of psychology, sociology, and psychiatry programs all over the world, has biological causes. Not merely influences, but determining forces inside the body and somehow connected to genes. Is this no longer true? Again, for the sake of consistency, are we supposed to apply the gender identity rubric to the abuse of substances?

Once more, there are scores of studies and articles placing responsibility for various “mental illnesses” at the doorstep of biology. According to those studies, the experience of mania and depression are not about the conscious thinking of the person or layers of life decisions, but almost solely about underlying biochemical forces. Is this approach to understanding mental illness now wrong and cast aside?

Are we far more interested in moral flexibility and political convenience than fidelity to the truth and consistency?

Among the various things discussed on this page, none is more biologically determined than gender. There are actual chromosomes (XX, XY) that link directly to actual anatomy (ovaries, testes, etc.) that we call “female” and “male.” If we’re saying those links no longer matter, then it only stands to reason the less tenable links in other areas of human experience be severed in the same fashion.

If this is the case, then everything that has no direct link to genetics and biology should be left to preference as well. If a person can go against their genetics and biology when it comes to gender, then how much more able is a person to go against any and all genetic or biological forces when it comes to sexual identity, drug abuse, and mental illness?

I mean, this seems like what is really going on. Is it that we just don’t want someone, anyone, telling us how to live if it goes against what we desire? Do we just want to do what is right in our own eyes? I’m not sure how familiar you are with history, but cultures where everyone did what was right in their own eyes always ended in a pile of rubble. Can we just admit that our desire to do what we want might be driving this brave new world agenda? And is it possible that it is driving it off a cliff?

One of the most terrifying things in all this is how flippantly we are treating our children. We are heading down a road of experimentation and using our very own children as lab rats. We have no idea what kinds of affects these measures and others like them will have on young, developing, and perplexed children. Are we really willing to drive political and personal agendas at the expense of a confused child who is trying to figure out their bodies and desires and sexuality? If this open-ended experimentation isn’t child abuse, then I’m not sure what really is.

Is it possible that we have reached a point where it is blatantly obvious that we have no idea what we are doing? Can we admit our hypocrisies, even as it has been displayed in our contradicting approaches to biological determinism? Are we really just using science as smoke and mirrors to allow us to justify whatever we feel like doing?

Is it possible that our culture’s mantra of do not judge has caught up with us and led us to the place where we can receive no instruction, even if it would rescue us from the destruction of our own lives and the lives of our families? At the end of the day, is self-determinism really our god?

Might it be time for us to humble ourselves and realize that leaning on our own understanding has taken us down a dangerous road and that we need help? My hope for us is that God might show us mercy and that we will stop being wise in our own eyes and look to Him who made us and loves us and stands ready to rescue us.
Friend, this is the hope God promises in His Son Jesus Christ. Jesus is no flip-flopper. He is the same yesterday, today, and forever more (Hebrews 13:8). He came into our world and proclaimed, “I am the light of the world. Whoever follows Me will not walk in darkness, but will have the light of life.”

Let us step out of the darkness and into the light. We may not know what we are doing, but He does. Look to Him.

34 thoughts on “Is the Transgender Discussion Exposing Our Hypocrisy?”