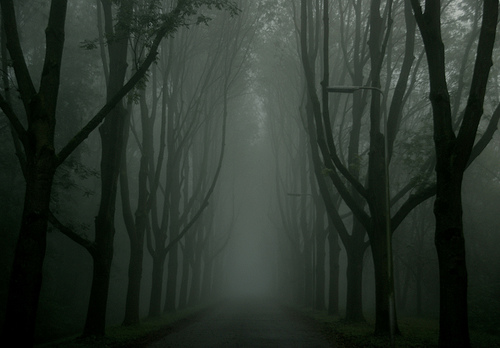 My wife and I met Cliff and Diana several summers ago at a family camp where they were vacationing with their two children. They’re a simple family who radiate contentment in Christ in a way that draws others in and puts them at ease. Cliff’s humility toward his wife and children has always been instructive and a bit convicting. Though we don’t see them often, we’ve grown to love this family as our own.

Over the past two years, Cliff and Diana have faced a heart wrenching situation with their daughter Anna who has endured tremendous suffering at the hand of a mysterious disease. At various times during this trial I’ve been able to speak with Cliff about the pain, fears and countless questions their family has faced.

As part of my preparation for a sermon on Psalm 13, I asked Cliff if he’d share with me his reflections on that passage since he and Diana have recently faced such desperate times. What follows is an excerpt from the email he sent me.

When Anna first started having severe stomach pain in December of 2011, I didn’t have any idea of what the next 16 months would bring.  At first, you think it’s just some virus or infection and that the doctors will be able to quickly diagnose and prescribe some medicine for it.

When one doctor visit turned into the next, and various specialists were called in, all to no avail, it started getting more concerning.  While I prayed for Anna every day, I didn’t do much else. I was making it through on my own strength for the first 6 months. I still had work and church and other responsibilities—none of which I let “slack” during this time.

That started to change in August of 2012 when Anna lost the ability to walk.  Let’s be honest, pain is something you can’t see.  You don’t know how much pain your child is in, especially when Anna did almost all her crying with Diana. When she could no longer walk, it became much more real for me.  I could now see that her pain was real.

It was also during this time that Diana began to show signs of the break down that was just on the horizon. She couldn’t carry the load on her own and even things that were “simple” started becoming a challenge for her.  I began helping out more, praying more, and trying to use the wisdom God had given me in His word.

During this time, Diana started drifting into despair.  A lot of this was caused by her thoughts about the future. She’d ask questions like “how will this affect Anna’s wedding” and “will she even be able to get married?” Now Anna was 10, so the consideration of things that were 15 years away would seem to many to be ridiculous—at least to people who hadn’t watched their daughter deteriorate so fast.

It was during this time that scripture started playing a significant part in helping Diana and I through each day. Verses like “don’t worry about tomorrow” from Matthew 6 made more sense and prayers like “Lord, give us today our daily bread” became about all we could muster.

Over the next month and a half, I started to help a lot more. I had to, as Diana was losing steam quickly. I spent more time with Anna, both to comfort her, and to relieve Diana of that responsibility. In hindsight, I can see that while I was looking to God, I was still trying to make it through in my own strength—I wasn’t desperate yet.

In September, Anna couldn’t go to school because the pain was so bad.  Diana started wondering if it could possibly get any worse.  We found out it could.  In the first week of October, Anna lost the ability to see.  Her eyes became so sensitive to light (or even the thought of light), that she had to wear a blind fold during all the daylight hours.

Having a child that can’t walk is hard. Having a child that can’t walk or see was unimaginable for us. Having no diagnosis to any of it was unbearable. Not only was Anna going down in a tail spin, now so was Diana. Nothing I could do or say could make our situation better.  It was during this time that I truly started to become desperate.  The first verses of Psalm 13 didn’t apply to me before this time.  Now I became that man who cried out “how long O Lord?”

I watched my “average weight” wife lose dozens of pounds. I could count every rib and every vertebrae of her backbone. I watched her tremble constantly as she was unable to sleep and unable to talk coherently. This was coupled with my daughter falling into despair because she could no longer do anything normal children did. There was no running outside or swimming in the pool. Laughter was absent. All she could do was lie in bed in pain. Our world had turned black.

It was during these days and months that I would lie in Anna’s bed for hours with her, watching her crying hysterically in pain, sobbing and asking me to make the pain stop.  I cried and cried—and I prayed.  These were no longer token prayers.  These were now prayers of absolute desperation in which I was pleading and begging God to make this stop.

These prayers weren’t fancy worded prayers, the type of stuff you hear in church.  They were the prayers of an absolutely powerless man who was helpless to do anything other than hold on to his daughter and pray.  It was also during these times that I started praying out loud with Anna.

When the pain got so bad, and the crying so loud, and I had prayed silently for what seemed hours, I would say, “let’s pray.” Anna would quiet down some and I would pray out loud.  Since her crying subsided somewhat as she focused on what I was saying, I would pray – and pray and pray.

It was during those prayers that Anna got to see her dad as he really is. I’m a dad that doesn’t have the strength to make it on his own.  I’m a dad that is utterly dependent upon God.  And hopefully also, a dad that has no doubts whatsoever about the reality and power of God.

And while God never instantly healed my daughter, as I’d asked a hundred times, there were many times that Anna quieted down, the pain seemed to subside, and she was able to fall asleep. And in all honesty, in those moments of desperation, that is really what I needed, and what Anna needed most.

Though we were in darkness together, I believe the light of God’s word gave us strength. Our family took comfort from the promises God gave us that one day all this pain will be gone, and that we will be with our Lord.  These promises shaped our prayers and stirred our faith to keep trusting for another day.

Through all this I learned to pray desperate prayers that are guided by God’s word. Many of us might think we can make it fine through life without reading the Bible daily.  That’s just not true. If God’s words hadn’t been “hidden in my heart,” I’m not sure how I would’ve been comforted in those days.  I’m grateful for the years of scripture reading and intentional memorization of God’s word, I believe God used them to sustain our family.

While we should read scripture daily to grow in our relationship with the Lord and grow as His disciple, I want to emphasize the importance of daily scripture reading for help during times of desperation. Combat training doesn’t seem so important during times of peace, but when the fighting starts it saves your life—and maybe someone else’s too. In this case, it was my own daughter.

Cliff shared much more in his email to me, but I hope this snapshot has given you some ideas to consider when it comes to leaning upon God in desperate times. Whether you are in such a time right now or will face them soon, none of us escape these kinds of trials. As the Puritan preacher Jeremiah Burroughs rightly said “If you are in Christ you will never suffer, except in this world.” I have learned more about how to face these afflictions in faith because of the example of my friend.

So you can rejoice with them, I will share that, by God’s grace, the darkness has lifted for their family. Miraculously, Anna has in many ways recovered from her mysterious sickness. Diana has also recovered and she and Cliff’s marriage has never been stronger.

We don’t know why the cloud came, or why the cloud departed, but we do know Who presides over it all. Lord, willing, none of us will face things like they faced, but if those dark days do surround you, draw near to God in faith. Desperate prayers place us in before the God whose power is able to sustain us until we see His face.

2 Corinthians 4:6–15 “God, who said, “Let light shine out of darkness,” has shone in our hearts to give the light of the knowledge of the glory of God in the face of Jesus Christ. 7But we have this treasure in jars of clay, to show that the surpassing power belongs to God and not to us.  8We are afflicted in every way, but not crushed; perplexed, but not driven to despair; 9persecuted, but not forsaken; struck down, but not destroyed; 10always carrying in the body the death of Jesus, so that the life of Jesus may also be manifested in our bodies. 11For we who live are always being given over to death for Jesus’ sake, so that the life of Jesus also may be manifested in our mortal flesh. 12So death is at work in us, but life in you… knowing that he who raised the Lord Jesus will raise us also with Jesus and bring us with you into his presence.”