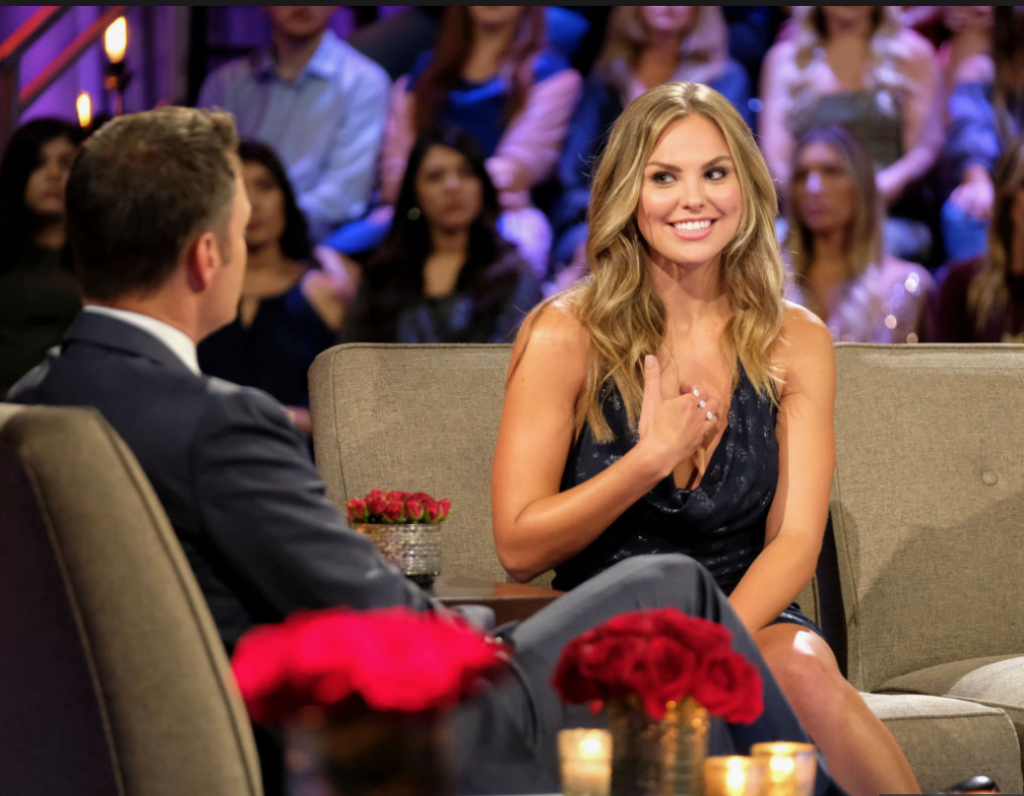 The Bachelorette is a reality show aired on ABC that gives millions of viewers a front-row seat as a female contestant attempts to find her true love.[1] This year’s bachelorette, Hannah Brown, describes herself as a woman of faith and was even caught on camera praying for God to help her choose the right man.

But Hannah’s prayer is not what she’s likely to be remembered for. Rather, it’s her comment that—

“I [had sex] in a windmill…and Jesus still loves me!”

The confession was made during an argument with Luke Parker, one of Hannah’s final suitors. Luke also professes to be a Christian who now abstains from sex in hopes of saving himself for his future wife. During their date, he shared his convictions and sought assurance that Hannah hadn’t been intimate with any of the other contestants.

That’s when things got ugly.

In a passionate response, Hannah made the confession that she had sex with another contestant in a windmill. Luke was visibly frustrated and she became enraged, accusing him of judging her. She said,

“You know the story in the Bible about when the woman was caught in adultery and she’s thrown into the village and Jesus is there and is like, ‘You without sin throw the first stone?’ What you just did was you’re holding your stone up at me and asking and trying to see what I’ve done. I know that I have God in my heart. I know that everything that I do and who I am is light. I am light. Do I make mistakes? I’m not Jesus.”

“The scribes and the Pharisees brought a woman who had been caught in adultery, and placing her in the midst they said to [Jesus], “Teacher, this woman has been caught in the act of adultery. Now in the Law, Moses commanded us to stone such women. So what do You say?” This they said to test Him, that they might have some charge to bring against Him. Jesus bent down and wrote with His finger on the ground. And as they continued to ask Him, He stood up and said to them, “Let him who is without sin among you be the first to throw a stone at her.” And once more He bent down and wrote on the ground. But when they heard it, they went away one by one, beginning with the older ones, and Jesus was left alone with the woman standing before Him. Jesus stood up and said to her, “Woman, where are they? Has no one condemned you?” She said, “No one, Lord.” And Jesus said, “Neither do I condemn you; go, and from now on sin no more.”

After Hannah reproved Luke, she sent him packing.

Since then, many have hailed Hannah as a model of true Christian virtue. She has been applauded for standing up for her freedom to do what she wants with her body and not let a man “slut-shame” her for her “mistakes.” Her windmill quote has become so well known that some fans in the audience wore shirts bearing the quote (kid size t-shirts, coffee mugs, and phone covers available now as well).

While I don’t comment on most pop star’s lives, Hannah claims to be a sister in Christ, so that invites encouragement and correction. Here are a couple of thoughts regarding her statements about Jesus.

People often refer to the woman caught in adultery to say sinners should be shown mercy. This is appropriate because in John 8 Jesus said, “Let him who is without sin throw the first stone.” Under the Mosaic Law, the woman caught in adultery (and her lover) should have been stoned to death (Deut. 22:23-24). The severity of sin’s consequence reveals how serious God views sin. Indeed, “the wages of sin is death” (Rom. 6:23).

Yet Jesus did not call for the adulteress’ death. Instead, He called for mercy. Did Jesus do this because He mercifully overlooks our sin? No. Jesus does not overlook any sin. Rather, Jesus did not condemn her because He knew He would soon be condemned for her on the cross.

Jesus died on the cross for the sins of people like the adulteress, the self-righteous Pharisees who wanted to stone her, Luke P, Hannah B, her windmill lover, and you and me. He then rose from the dead and offers forgiveness to any who will repent and believe. For those who are forgiven and receive mercy, we ought to be quick to extend mercy to fellow sinners. It is hard for us to pridefully look down on the sins of others when we are looking up at Jesus who humbly took our sin on the cross. Of all the people on the planet, Christians ought to be the most merciful people.

When people like Hannah cite this passage, they always mention the mercy part but often overlook Jesus’ command to “go and sin no more.” Jesus delights in extending mercy, but that mercy ought to move us to repentance. Jesus’ call to repent is in itself an act of mercy to warn Hannah and all the rest of the judgment that awaits those who do not flee from sin.

God lovingly warns, “Marriage should be honored by all, and the marriage bed kept pure, for God will judge the adulterer and all the sexually immoral” (Heb. 13:4) and “be sure of this, that everyone who is sexually immoral or impure, or who is covetous (that is, an idolater), has no inheritance in the kingdom of Christ and God. Let no one deceive you with empty words, for because of these things the wrath of God comes on those who are disobedient” (Eph. 5:5-6).

Sin is serious and God will judge all who do not repent and cling to Jesus by faith.

To be clear, I am not saying Christians are perfect people. Hannah was spot on when she said: “I’m not Jesus!” No one is perfect but Jesus. Sadly, some of my most grievous sins have been committed since I became a Christian. I have been just like Hannah and the woman caught in adultery. This is why Christians need Jesus just as much as people who don’t know Him.

But “not being Jesus” doesn’t give us an excuse to treat sin flippantly. Romans 2:4 puts it this way, “God’s kindness is meant to lead you to repentance.” Mercy moves us to grieve and turn from our sin, not shrug it off or boast in it. We can’t be perfect like Jesus, but at the same time “whoever claims to live in Him ought to walk in the same way in which He walked” (1 John 2:6). This means that true believers ought to be broken over their sin and do everything we can to not give in to it anymore.

And if we fail, we know that Jesus desires us to come to Him to receive mercy, “My dear children, I write this to you so that you will not sin. But if anybody does sin, we have one who speaks to the Father in our defense—Jesus Christ, the Righteous One” (1 Jn. 2:1).

If you have sinned like Hannah or with any of the other sins of envy, jealousy, slander, gossip, hypocrisy, and vulgarity that are on full display on this show, then there is hope for you. Jesus came to save sinners who will repent and flee to Him.

This is why I’ve taken a moment to write. I don’t really have any interest in this Bachelorette lovers spat, but I care very much about millions of people being deceived about what it means to know Jesus. What Hannah, her windmill partner, and all the rest of us need is not people to help us feel accepted in our sin, but to be appalled by it, grieve over it, confess it, and to flee from it and into the arms of Jesus who is ready to save us.

While it is true that Jesus still loves His people when they sin, it is also true that if we really are His people, we will love Him and strive to go and sin no more.

[1] My wife and I have watched portions of two episodes because we heard the contestant was a professing Christian, but the show is too raunchy for our taste. We would not recommend it to others.

[2] For a full treatment on John 8’s validity in the NT canon see this article by Daniel B. Wallace.