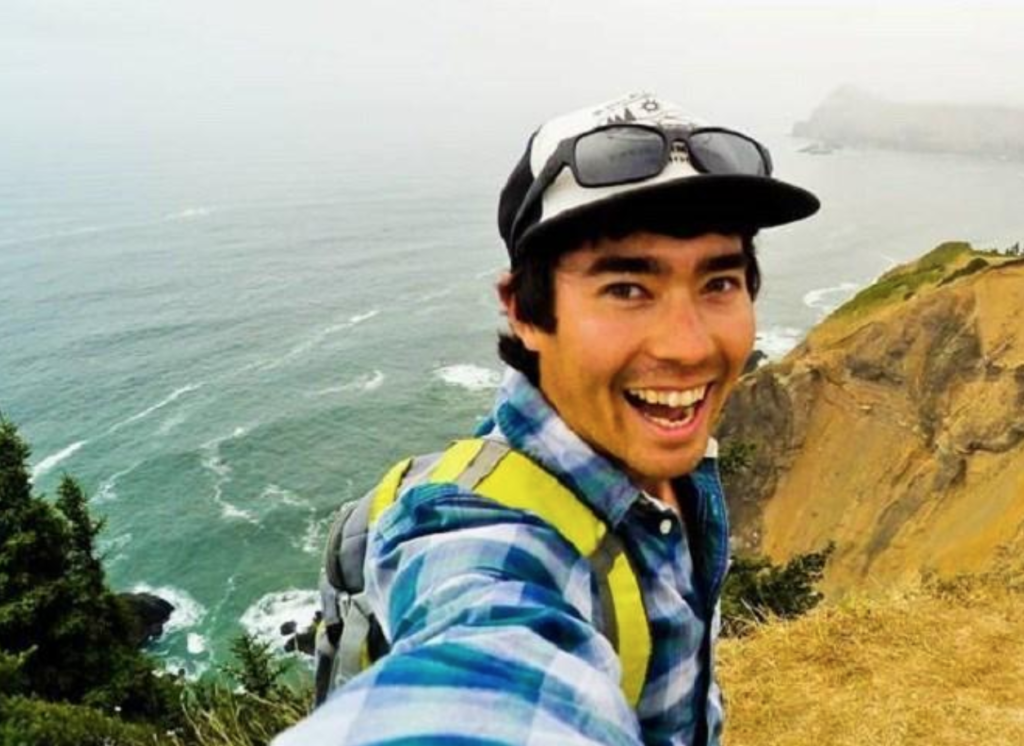 For months, John Chau prayed, planned, and journaled about reaching the Sentinelese people with the good news of Jesus. On the morning of November 15, 2018, he attempted contact for the first time but was met with an onslaught of arrows, narrowly escaping with his life.

That evening he penned a prayer from a boat offshore, “God, I don’t want to die…[but] if you want me to get killed with an arrow then so be it.” To his parents he wrote, “you guys might think I’m crazy…but I think it’s worth it to declare Jesus to these people. Please do not be angry at them or at God if I get killed.”

The following day, Chau returned to the island, but this time it cost him his life. According to on-looking fisherman, the Islanders were seen dragging Chau’s lifeless body with a rope. His mission had ended, but his quest has sparked much conversation and a compelling question has surfaced concerning this man who walked toward flying arrows to bring the archers news about forgiveness from God.

Was John Chau an arrogant fool who sought to impose his views on people who didn’t want to hear them?

It is well known that the Sentinelese community had no desire to communicate with outsiders. Local laws were developed to protect their indigenous culture and guard them against the threat of disease. Reports of grotesque evil done to them in days past may fuel their resistance of outsiders. Yet Chau chose to ignore all this to go on his mission. Some have charged him with arrogant hostility, saying he got what he deserved. 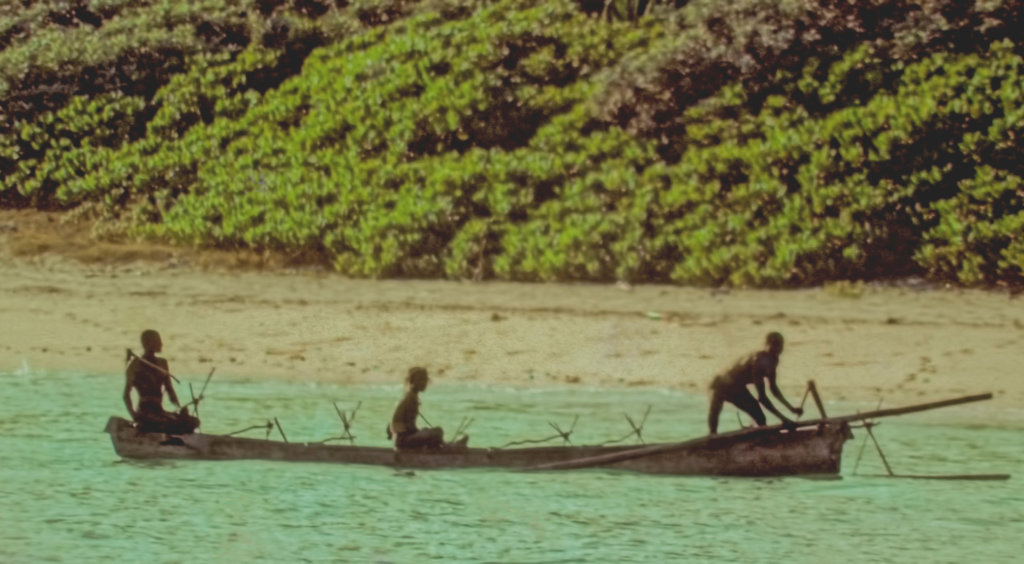 The way we ought to evaluate John Chau’s dying actions, whether they are good or bad, depends (from the Christian perspective at least) on whether Jesus is who He claimed to be. In fact, you can’t honestly assess whether Chau (or any Christian) is loving or arrogant without determining whether the message of Jesus true.

Good News for the Sentinelese People

The Bible claims that Jesus is the Son of God who left heaven’s glory to warn us of coming judgment and offer salvation to any who will believe (John 3:16-20). But it also says that mankind did not receive the truth-imposing savior (John 1:11-14). In fact, humanity so hated Jesus’ message that we tortured Him to death through crucifixion (John 19:1-37).

Yet, the scandalous message of the Bible is that Jesus intentionally laid down his life for His people and rose from the dead to offer forgiveness and fullness of joy to all who believe in Him. If this is true, and if John Chau went on his mission to proclaim this good news, then he was much more of a friend than an arrogant fool (Acts 4:10-12; 10:42-43). In fact, if the good news about Jesus is true, then all Christians, like Chau, best show love by risking everything to tell the world.

In his going, should Chau have considered the danger of bringing potentially fatal infection to the island? Certainly. Most Christian missions agencies take precaution to ensure the physical safety of the workers and those they aim to reach. This is part of loving our neighbor. But believers also know that the spiritual safety of people is of far greater importance. It is the spiritual infection of our sin, which separates us from God that stands as our greatest threat, whether we live on Long Island or an isolated one.

God’s Love for the Sentinelese People

Despite our resistance of Him, God still shows love toward us, as he has toward the Sentinelese people. He has continually given them “rains from heaven and fruitful seasons, satisfying [their] hearts with food and gladness” (Acts 14:17). He has made “His sun rise on the evil and on the good, and sends rain on the just and on the unjust” (Matthew 5:45). It is God who keeps their heart beating and gives them breath (Isaiah 42:5). Without knowing John Chau personally, I cannot definitively speak of his motives or methods, but as a Christian, I share his desire for the Sentinelese, and all people, to know the God who made and sustains them.

The details about Chau’s encounter with the inhabitants are still unknown. Was he able to over come language barriers to communicate the gospel before he died? Did any believe what they heard? We do not know. But a vital question remains—what will happen to them if they never believe in the Jewish Savior born two thousand years ago who was likewise killed, having his body being dragged into a tomb, and yet, Christians believe, has been raised from the grave?

God’s Proof to the Sentinelese People

The Bible teaches that because God is good, we can know that He will judge them, not because of information they lack, but because of their failure to believe what He has revealed to them through creation and conscience.

Whether we look through a telescope, a microscope, or at the ecosystem on an island, evidence abounds that God created and sustains the world. God charges all people with “suppressing the truth” that He has “made evident” to us (Romans 1:18-23). Rather than love and obey Him, we exchange God for our own ideas and idols (Romans 1:23). We all do this, whether we were raised in the Bible Belt or on undeveloped beaches. 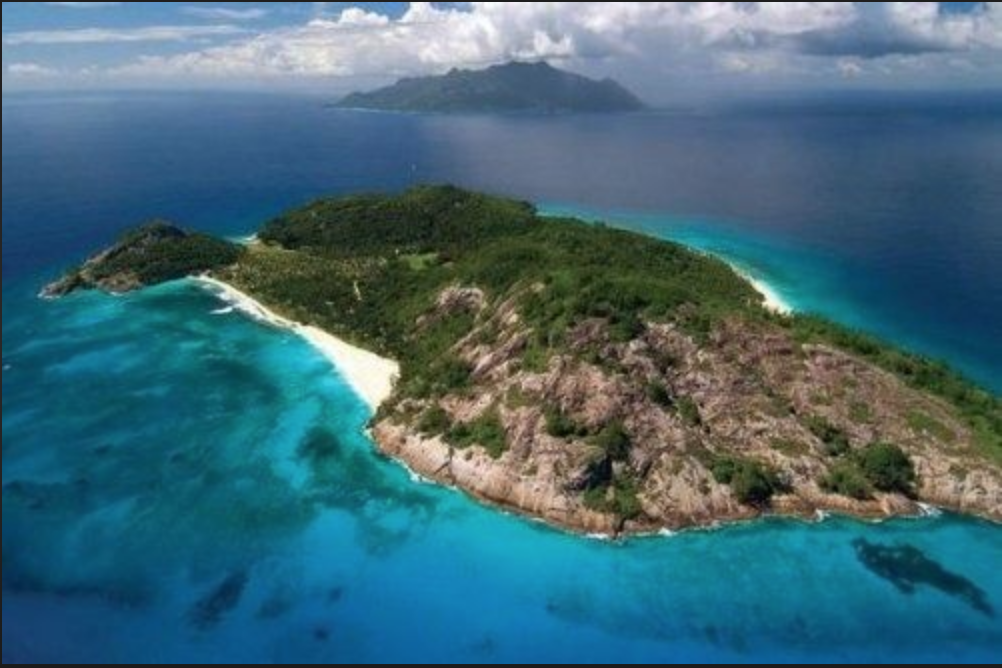 God has also given all people an inner awareness of right and wrong. Our conscience convicts us of sin when we lie or delete search histories or deceive our spouse (Romans 2:14-16). Deep down we know we have done wrong, but we try to medicate and excuse away the guilt. The Sentinelese people who killed John Chau prove their condemnation by not treating him as they would desire to be treated (Matthew 7:12).

Yet, God still desires to show them mercy and forgiveness (1 Timothy 2:1-4). He promises, “everyone who calls on the name of the Lord will be saved” (Romans 10:13). Some will say that the islanders can call on God in their own way, but God makes clear that no one can know His mercy and forgiveness apart from faith in Jesus Christ (John 14:6; Acts 4:12). Is it arrogant for God to say there is only one way? No, it is merciful of Him to provide any way at all. If God were fair, all of us would be left in our sin.

So what will God do with the Sentinelese people if they never hear of Jesus? They will be judged, like everyone else. This is why people like John Chau are willing to risk their lives to reach them. He went because he believed, as Christians believe, that there is only one way to heaven. And, if that is true, telling people is the most important and most loving thing anyone could do. To step over a “no trespassing” sign to rescue someone from a burning house at the risk of your own life is the height of love, not wickedness.

A Christian’s Hope for the Sentinelese People

The hope of every Christian is that the Sentinelese people will hear the Gospel of Jesus, turn from their sins, believe upon Jesus, and know the forgiveness of Jesus. Please do not hear this as some sort of desire to colonize them. I desire no such thing. The Bible teaches that every culture possesses aspects that displease God and must be put away. But every culture and every person in that culture also uniquely reflects the beauty and glory of God. I long to see how much we could learn from Sentinelese people who love Jesus. Their appreciation of nature, simplicity of life, and healing from hatred would bless and challenge believers around the world! I pray that God will save many of them for their own joy, but also for the good of His church around the world.

Many questions remain about John Chau and the mysterious community in the Andaman Islands. Some will suggest that Chau’s actions pushed more people away from Jesus than attracted them to Him. My hope is that God will use this event to open doors for conversation about things that matter most.

If you are not a believer in Jesus, I challenge you to investigate whether or not Jesus truly died and rose from the grave. If Jesus did not raise from the grave, then Christians like John Chau are reckless idiots. But if Jesus did rise from the dead, then the Gospel is true and our efforts, however imperfect, will be shown to be done out of love, not arrogant foolishness.

If you are a believer in Jesus, consider whether or not you are willing to risk everything to help the lost come to know Jesus. I urge prudence, prayerfulness, and partnership with a legitimate sending agency. I also urge you to take to heart some of the final words of John Chau—

“Please live your lives in obedience to whatever He has called you to and I’ll see you again when you pass through the veil…This is not a pointless thing — the eternal lives of this tribe are at hand and I can’t wait to see them around the throne of God worshiping in their own language as Revelation 7:9-10 states…

“After this I looked, and behold, a great multitude that no one could number, from every nation, from all tribes and peoples and languages, standing before the throne and before the Lamb, clothed in white robes, with palm branches in their hands, and crying out with a loud voice, “Salvation belongs to our God who sits on the throne, and to the Lamb!”

Lord, make us willing to risk all for Your glory and the joy of all peoples.

33 thoughts on “Was Murdered Missionary John Chau An Arrogant Fool?”