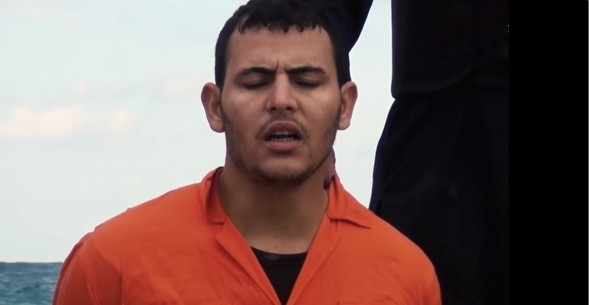 Due to the risk of her safety, Salmaa’s name has been changed and other identifying details have been left out. Her story, however, is true and wonderfully encouraging. Pray for many more like it.

Salmaa’s journey to knowing Jesus was spurred by emptiness. She lacked peace and longed to know who God was and what purpose He might have for her life. She was raised in a Middle Eastern country where she and everyone around her believed that Allah was the one true god.

But as Salmaa read the Quran, she only found deeper emptiness as she was confronted with a god who was cruel, unkind, and unpredictable. After much study, she closed the Quran. She was dissatisfied and left without answers, but the longing to be near to God remained.

By God’s grace and wonderful sovereignty, Salmaa was given a Bible and heard the good news about Jesus. She heard that Jesus was not just a prophet, but was God in the flesh who mercifully died and rose to forgive anyone who would believe in Him.

As she read the Bible, she was drawn to the One who seemed to speak through its pages. As she read, she became convinced that the Bible was indeed the “word of Life” that pointed to the “Word of life.”

Seeking to know Him came with obstacles, but Salmaa’s longing to have peace with God could not be quenched. And in recent days, her longing to know Jesus has been intensified by the most unlikely of circumstances.

As Salmaa watched the news and saw the murder of 21 Ethiopian Christians by the hands of ISIS, she was strangely drawn to the peace she found on the faces of the men who knelt in honor of Jesus.

How could they be at such peace with God?

How could they appear so comforted in their final moments?

Where could they find joy in a moment like that?

Salmaa saw a strength in their faces that she could not understand, but knew that it must have come from the God she had read of in the Bible—and she wanted to possess that peace.

Days later, testimonies from the families of the martyred began to emerge, and once again Salmaa was baffled. The families offered forgiveness for those who murdered their sons, brothers, and fathers. One mother said she praised God that her son was in heaven now and that she would like to invite the ISIS soldiers into her home so she could tell them more about the Savior her son loved so much.

How could those family members forgive these murders of their sons and husbands and fathers?

This too, she knew, was not a response that could come from anywhere but from God.

Since then, she has read the Bible daily and by His mercy, God has drawn her to Himself through faith in Jesus. She has told her family of her decision to follow Him and has endured their scorn. She has renounced Allah, knowing that one day she may be called to surrender her life in the same way her Ethiopian brothers did.

Salmaa shared with us that ISIS thinks they are destroying and ending Christianity by killing Christians, but what they do not understand is that their evil acts are causing people to look not at them, but at these who are dying with the peace of Jesus. They are seeing faces of peace, comfort, joy, and power and this is causing them to seek answers, and to come to know the One who is the Way, the Truth, and the Life.

Salmaa’s eyes have been opened by the graciousness and mercy of our Lord. And she is not the only one. God is working through the martyrdom of His servants to show that He is worthy of our worship, no matter what the cost.

Brothers and sisters in Christ, we have a God who is able to take the most horrendous of evils and use them for His glory and the good of those He calls to Himself (Genesis 50:20; Romans 8:28; Colossians 2:13-15). Let us pray and labor in faith, knowing that God is working to save His people.

Father, strengthen your church to suffer well and know Your peace as their blood is shed for the One who shed His blood for them (John 16:33). And we pray that you would open the eyes of many more Muslims like Salmaa. Show them that Jesus, Your Son, is the true God who can give them peace which Allah cannot (John 14:27), in the Name of Jesus—Amen.