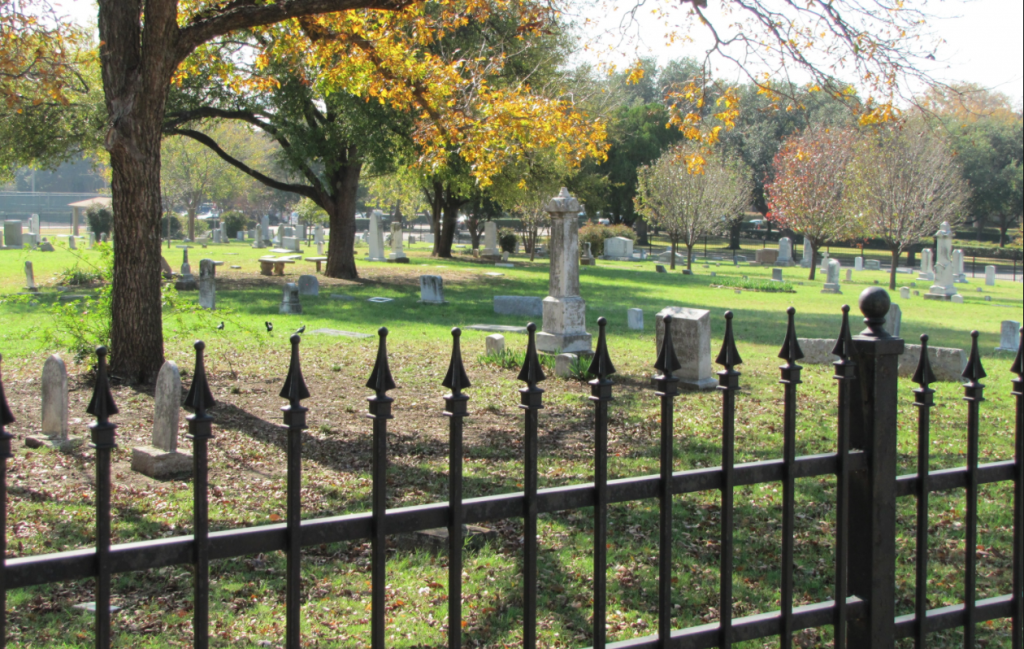 When I was young, we took a family vacation to Maine. My father spent his summers there as a kid and wanted us to experience the beauty of its wooded wonderland. During our stay we did some fishing, went sailing, and ate as much lobster as you can before turning into one.

Near the end of the week, dad told us he had something to show us. So we piled into the car and drove along a dark, windy, pine tree-walled road that led out to an open field. The field was home to a tall, black-ironed fence that enclosed a well-kept acre of tombstones that dated back to the 1800s.

We were confused (and a little concerned) about why dad was taking us to a graveyard near the end of vacation—but we followed as he led us down a well-worn path that steered into the heart of the cemetery. 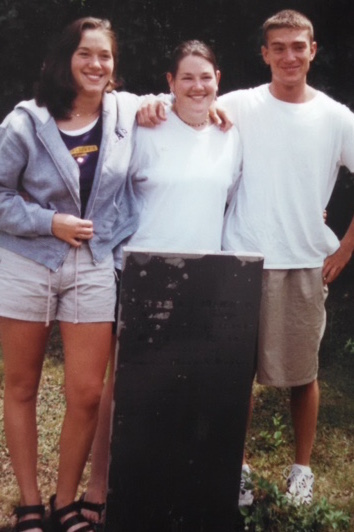 We watched as he and my aunt scanned tombstone after tombstone until they found the one they were looking for. As we made our way over to the sunken grave he asked us to gather around as he read from a gravestone that had nothing on it but this inscription:

“My dear young friend as you pass by,

remember you were born to die;

As you are now, so once was I,

On that day, a no-named dead guy delivered a message that has never escaped my memory: you will die.

Of course that wasn’t the first time I’d heard this fact of life, but ever since that afternoon in the graveyard I have remembered the message and a few lessons from it.

Lessons from the Tombstone

“…it is appointed for man to die once, and after that comes judgment.” Hebrews 9:27

Death is the one appointment that all of us will keep. When it comes, it comes without discrimination. Death comes for the rich and the poor, the weak and the strong, the light-skinned and the dark-skinned. Death takes Democrats and Republicans, men and women, young and old, married and single—death comes for us all.

Our date with death was secured for us long ago in a garden quite unlike that graveyard. It was a perfect Garden, one whose name meant “delight of the Lord.” But it was there in Eden that our first parents turned away from the Giver of Life.

God responded to Adam and Eve’s sin by placing a curse on them, and on all people who have come after them. The LORD told Adam that life would be interrupted and that he would “return to the ground, for out of it you were taken; for you are dust, and to dust you shall return” (Genesis 3:19). Since that day, life has a black cloud hanging over it reminding us that we were born to die.

Despite the fact that we know death is coming, we seem to do all we can to avoid considering it’s impending arrival. We prefer to turn up the volume of distraction and numb ourselves with entertainment. Wisdom however, teaches us to approach our deaths differently.

In what could be seen as morbid counsel, King Solomon prescribes his listeners to fill their time attending funerals instead of fiestas. Why? Because when you sit in a room with a casket and a lifeless body, your soul has an opportunity to be sobered.

In the quietness of that mortuary, you hear sniffles of sorrow similar to the ones that one day will be cried over you. You see flowers that lay on a box similar to one you in which you will be laid to rest. Your mind is given opportunity in those moments to consider that as they are now, so you shall be.

One of the oft-forgotten ministries of Moses was that of a funeral conductor. As he wandered in the wilderness for forty years, he buried an entire generation of people and wrote Psalm 90 as a reflection upon it. After remarking about the brevity of human life, Moses asked God to, “teach us to number our days that we may get a heart of wisdom” (Psalm 90:12).

Wisdom is birthed out of an awareness that the sands of time are sinking from the hourglass of our lives. Every moment that we have sinks into a unretrievable arena that will one day be evaluated before God Almighty (Hebrews 9:27, Revelation 20:11-15). Our mortality ought move us to be wise with the days we have, which must include preparing for what comes after we die.

During a later trip to the graveyard, my uncle found a note attached to the base of our memorable tombstone. The note read like this, “To follow you, I will not yet; Until I know which way you went.”

The witty chap who left this note was on to something. Our fallen friend had invited us to prepare to follow him, but before we follow him in death, it is important to know which way he went. You see, death is not the end—for any of us.

Death does not end our existence, it merely serves as a gateway into our next existence. Death is the doorway that leads to our final, eternal dwelling. While we cannot know which way our fallen anonymous friend went when he died, we can know which way we will go.

Because there is Another who was born to die, and born to live and give life to others. While He lived on the earth Jesus gave this promise, “I am the resurrection and the life. Whoever believes in Me though he die yet shall he live” (John 11:25).

Jesus was the Son of God who came to earth to die on a cross for sinners and then raise from the dead. Jesus calls us, while we have time, to repent of our sins and follow Him in belief. For those who do this, they are promised a future day of resurrection.

One day soon, “the Lord himself will descend from heaven with a cry of command…and the dead in Christ will rise first…then we who are alive…will be caught up together with them in the clouds to meet the Lord in the air, and so we will always be with the Lord. Therefore encourage one another with these words.” 1 Thessalonians 4:16-18

And that is the hope of those who trust in Christ. We know that one day we will escape the grave’s grasp and be taken up to be with our Lord forevermore. This too can be your hope if do not know Jesus.

His message is similar to the one on that gravestone.

As you are now, so once was I,

Jesus came as we were so that we might be as He is. He is coming soon, so let us prepare for our day of death by trusting in the One who died and rose and promises to raise us from the grave to be with Him and like Him forever more (1 John 3:2).