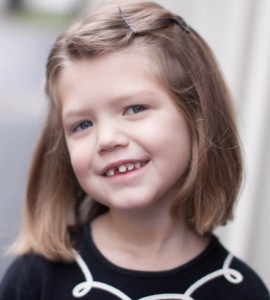 As a parent, we get all kinds of questions from our children. “Why” seems to be the most frequent question in our house. There’s also plenty about unicorns, the Philistines (my daughter is amazed by them right now?), and what’s so bad about having chocolate for breakfast.  But yesterday my daughter asked me one of the toughest questions to date.

The news was on at our house and when she heard the unfamiliar word and her inquisitive 4 year old mind went to work. Now, I’m a believer in age-appropriate answers…but I felt my inadequacy on this one. I stood there as my daughter’s innocent eyes looked to me awaiting an answer to a seemingly normal question about a word she hadn’t noticed before.

It was one of those moments in time that I don’t think I’ll soon forget. There’s an innocence that a parent wants to preserve in their child, but when they ask questions, we need to try to answer. God gave us minds to think with and we want our children to learn to engage with the world in which they live. So I said to her, “it’s when someone makes a baby stop being in their mommy’s belly.” I thought that answer was a safe and adequate response to a topic I hoped we could press into at a later age. But it wasn’t.

“Where does the baby go?” she replied. “They go to heaven” I said. “Is the baby dead?” she asked. “Yes, honey, in an abortion the baby dies when the person takes it out of their mommy’s belly.”   A moment of silence followed as she took it all in. “Do they kill the baby?”

We’ve tried to be wise in shielding our daughter from the horrors of the world she lives in, but during the Newton tragedy, she asked many difficult questions as well and she learned a lot about death and murder and the fact that some people kill other people. Since that day, she has been tuned into the fact that people kill each other sometimes.

“Why would someone do that? “Why would someone kill their baby? ” she asked. “There are lots of reasons people do it sweetheart, everyone has different reasons, people just do.” Now, if you don’t know me, I need to tell you that when I was 21 a girlfriend and I chose to have an abortion. You can read about that here. So this post is written by an imperfect man who has done many things he regrets. But when she asked me this question, I couldn’t find a way to explain it.

“How does someone kill their baby?” she asked. I explained to her that normally, doctors helped mommies do this and that all doctors didn’t do this. At this point, I felt like we had gone far enough and I changed the subject.

As I’ve reflected on all of this, two things have weighed heavily on my heart.

The first is the sadness a parent feels as they watch their children begin to process what it means to live in a sinful, fallen world. It was heartbreaking to watch my daughter, who already loves the idea of marriage and having children, process the idea that someone would kill their child. I saw a bit of her child-like innocence die on that Monday morning. It was gut wrenching. I know these types of conversations will happen. She will have her heart broken. She will fail a test. She will get rejected from something. She’ll miss an easy lay-up. Those things will come. But yesterday’s question seemed to come too early and too sincerely. She drank it in and it stung her.

Today she and I have a daddy daughter date and I plan to follow up with her about our conversation. We’ll talk about 1 Peter 2:11 and what it means to live in a fallen world. I pray God will use the terror she feels about sin to open her heart to believe in Christ. May God give us wisdom to shepherd our children’s hearts through the sad realities of this fallen world.

What is the answer? There is no easy answer. There are many things that have to be considered, but the bottom line is that we need God to intervene. We need Him to use His people to cry with those who find out they are pregnant when they didn’t intend to be. We need His church to rise up and walk along side mothers and be willing to adopt these children. We need God to move in the hearts of abortion doctors like a dear friend of mine who came to me one day after a sermon and confessed that he had been doing abortions for years and that he was repenting and asking Christ to forgive him. We need the Holy Spirit of God to show us how to be compassionate and bold at the same time. We need the Lord Jesus to change many hearts…including our own. Is this impossible? “Nothing is impossible with God” (Luke 1:37). Let us pray and act in faith in a great God who can change any heart and any civilization.

My prayer is that my daughter will see a dramatic change in the posture of our country toward abortion. My prayer is that one day, if she has children of her own, that she will be able to talk with them about abortion as something that was ended during her generation and that my granddaughter will grow up in a day much different than the one we are in today. May God give us grace, we are in need.