On Sunday I had the honor of baptizing Alvin Cao and Lucy Yin. Both these new believers grew up as atheists in China, but God has graciously made them His children through faith in Jesus Christ. 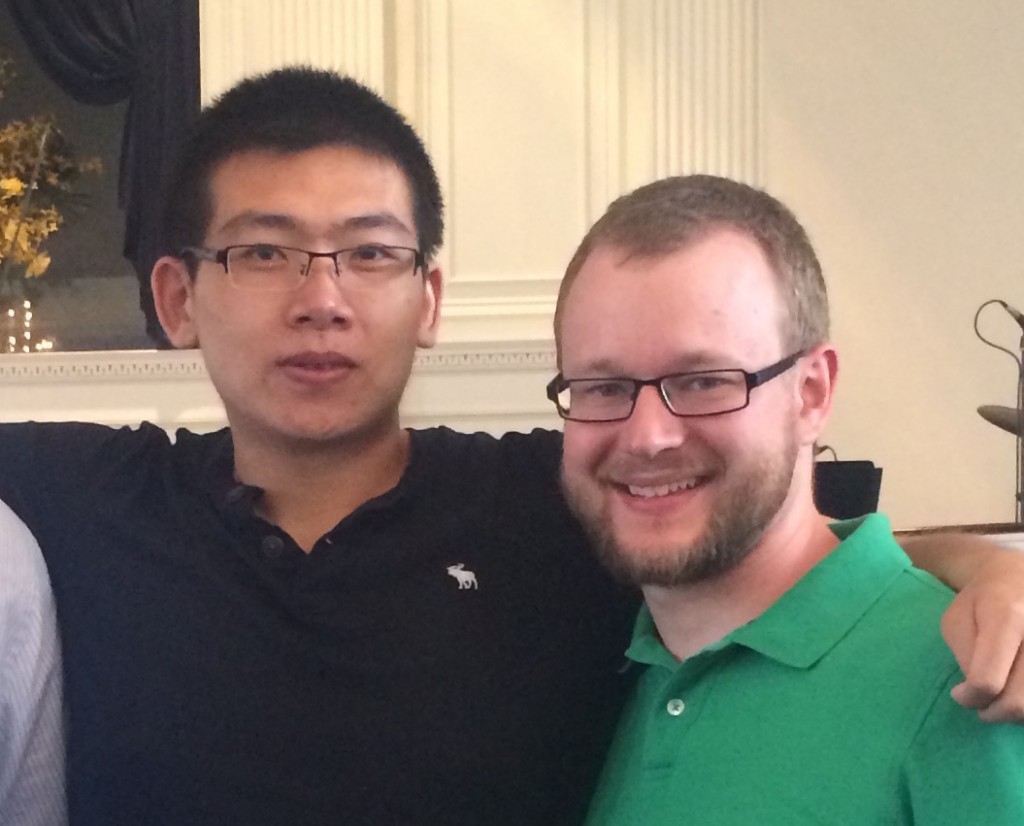 By God’s grace, Alvin and Kelton have not only become good friends, but brothers in Christ.

“I grew up in China, where religion is a really sensitive thing. Before knowing the Gospel, my life was full of materialism, atheism and natural science.

Things began to change when I read a book non-religous book called Hyperspace. Through that book, I found our universe to be so incredibly perfect, with physical rules that cooperated together, it became hard for me to believe all of this is generated by chance. At that time, I thought there must be someone who designed all of these.

When I first came to America, I got a pick-up service for a Chinese bible class. When I went to the class and heard the Gospel, I found it to be very interesting. Then the class found me an English Partner whose name is Kelton. During this time I also attended an English conversation class at George Washington University, and I met a man named Michael Reeb there.

With their help, I realized the designer of the universe is the God of the Bible. I was also helped to understand the good news about Jesus by Garrett’s preaching and conversations with Stephen Yin. Two months later, I thought it was a time to start a new relationship with God. By God’s grace, I realized I deserve nothing because of my sin, but by faith in Christ, I could be forgiven of those sins.

Today, I stand here and I want to announce to the world that I am a Christian and I want to follow God and love him until the end of the age.” 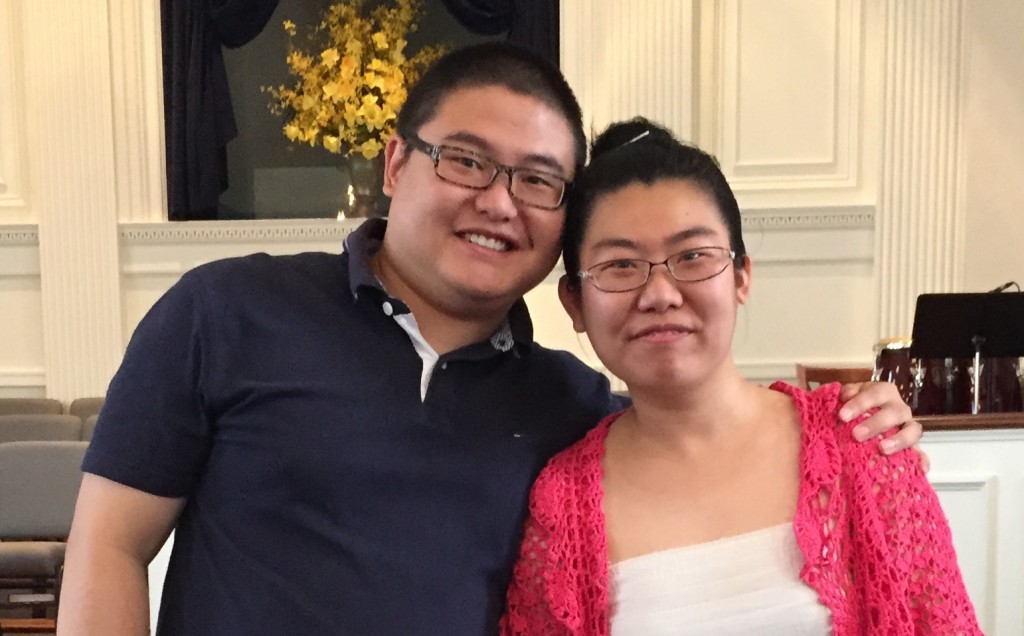 Steven and Lucy attended the same elementary school in China, but then moved away at different times to the United States. In God’s amazing providence, He saved them both, and then reunited them to become husband and wife.

“Hello everyone, my name is Lucy. I am Chinese and grew up in a small city near the capital. In China, the education told me there is definitely no God in the world.

However, my mother is a Buddhist and she always took me to temples when I was a kid. But I really didn’t like it because it was noisy and smoky.

Things began to change after I attended university in Tianjin, a big city near the capital. There was a catholic church near my university. It was so beautiful, that’s why I decided to walked-in and take a seat. At that time I knew nothing about God and the Bible, but I enjoyed the environment a lot. After several times visiting, an old lady there gave me my very first Bible. I began to study it myself until I met another Christian lady who brought me to their home church.

In the second term of my sophomore year, I suffered a hard time because I needed to go abroad to America and finish my studies there. I had to leave my homeland, my family, and my friends. People in the home church encouraged me a lot and taught me more about the Bible and Gospel. So I got baptized, but I didn’t really understand those things, and I just tried to find something that could calm me down and get me through the hard time. And I ignored them after arriving in America.

Then, during the winter break of my senior year in Miami I had done all my graduate school applications and everything went well, but I had difficulty with a class. Everything seemed ruined at that time. Then the dean of our school, who is also a Christian, not only helped me pass the class, but also helped me understand Gospel better.

At that time I suddenly realized I used to only treat God as someone who could help me with difficulty, but He is definitely more than that. From there I knew God was blessing me and was very patient trying to save me. At that time, I began to face my sin and understand the Gospel about our merciful and almighty God who sent His only son Jesus into the world to pay our sin and fix the relationship between us and the Lord.

After several times moving, I came to DC and met my husband Stephen (read his testimony), who is also a member of Del Ray. I’m so glad I can get a chance to know God and learn Gospel. He helps me get through so many hard times and give me a great life that I could never imagine. He prepared a great husband and marriage for me, and also brought me to this wonderful Christian church.

The marriage and many friends here have increased my faith a lot and showed me the importance to be involved in a church family. Now I stand before you as a broken, repentant sinner, saved only by the amazing grace of my perfect Father who will never leave me or forsake me. Today, I’d like to be baptized again as a truly believer and a public display of what God has done in my life!”

Praise God with me for the way He took Alvin and Lucy from the darkness of doubting His existence to the light of delighting in Him for eternity.  Pray for them to have grace to persevere in faith and for God to use them to proclaim the Gospel to many of their friends who are yet to believe.